Meet Our Supervisors: The Cats of the Cat Connection 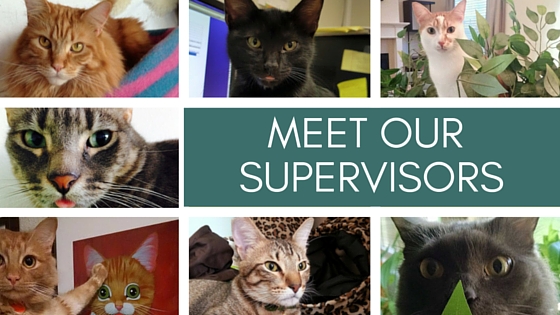 Cats are more popular than ever, so it’s no surprise that cat-related businesses, gimmicks and new products have flooded the marketplace. But with so many choices, it’s difficult to know you’re choosing the very best for your cat.

So what makes the Cat Connection unique?

Combined, the staff of the Cat Connection cares for more than 50 felines, including store cats, house cats, feral cats and those in transition to new, better lives.

Why do we do it? Because Cats are Our Life.

Everything we sell is tested and approved by our Feline Supervisors, and we’d never sell anything we wouldn’t give our own cats.

We care for your cats as though they were our own.

So we wanted to introduce you to the cats behind the humans. They’re the reason we do what we do, and they’re the reason you can feel comfortable trusting us as we help you care for your own felines. 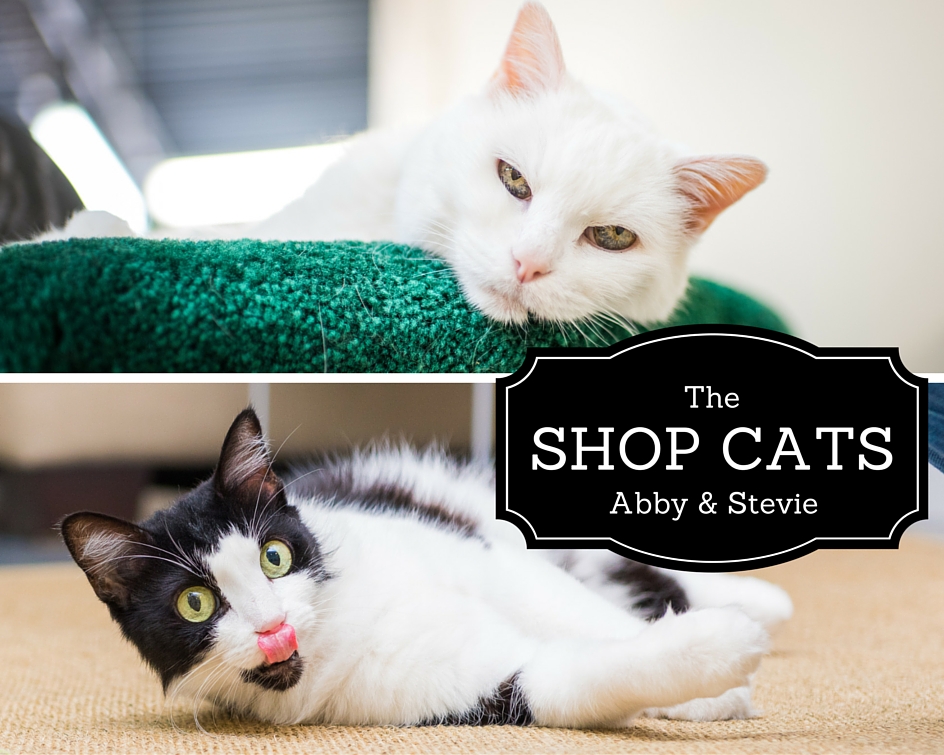 Abby and Stevie oversee the daily operations of our Dallas, TX location: greeting customers, pre-furring all the cat trees and stealing toys. Abby came to the Cat Connection many years ago as a very pregnant mom-to-be. After having her kittens, she was spayed (for which she is forever grateful) and began her tenure as the store’s resident Old Lady. Now 20 years old (!!), Abby can be found lounging on the tallest cat tree and meowing loudly at staff, telling them to work faster and take fewer breaks.

Stevie is sweet and simple, and for that we love her! Named for Stevie Ray Vaughan, she was adopted by an employee but decided she’d rather live in the store… probably because of our huge glass windows that let the sun in just right. Stevie can be found lounging in the sun (in every customer’s way) and stealing toys. 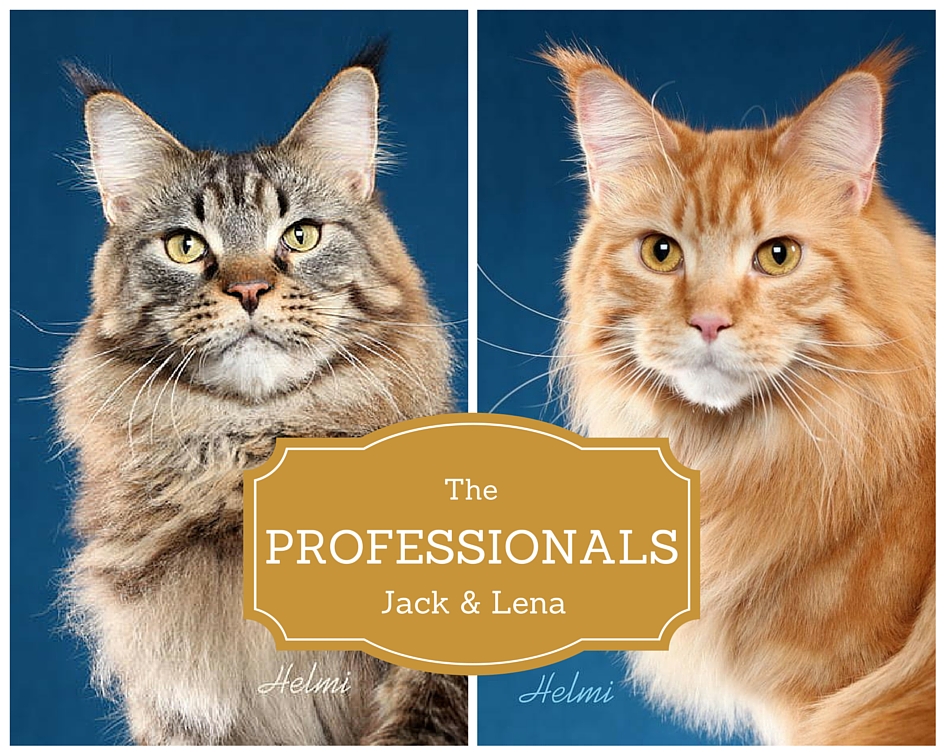 Lena (full name “LA SGCA Tuftlove Lena Horn of Koonary”) is a Red Classic Tabby with more awards and titles under her belt than we can list here. She received her Lifetime Achievement Award and holds the top title in TICA (The International Cat Association): Supreme Grand Champion Alter. Lena was invited to audition for the role of Buttercup in The Hunger Games: Mockingjay – Part 2, but declined as she was campaigning for her Lifetime Achievement Award at the time.

Jack (full name “RW SGCA Tuftlove Jumping Jack of Koonary”) is a Brown Classic Tabby who represents TICA at vet conferences and expos. He is a Certified Therapy Cat and works primarily in nursing homes. Jack recently did a photo shoot for Pier 1, so look for him in their upcoming catalogues! 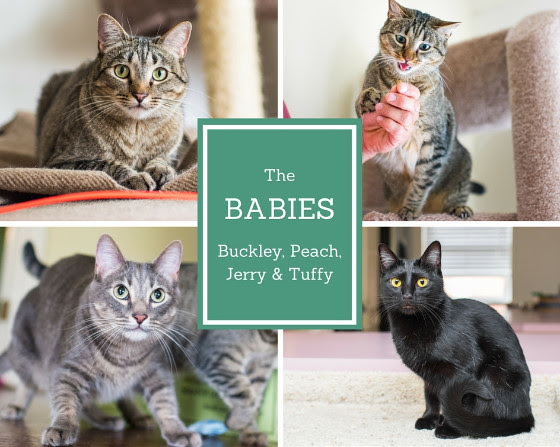 The Babies were dropped off at the Cat Connection in a cardboard box: 3 weeks old, covered in fleas and crying for their mother. Fortunately for them, the owner took them in, nursed them back to health and considered employing them as store cats until they ate their share of the profits straight off the shelf and had to be retired to home life. Now grown, Buckley (brown tabby 1), Peach (brown tabby 2), Jerry (blue tabby) and Tuffy love eating, watching lizards and squirrels out the window, playing and eating again. Seriously, they LOVE to eat. 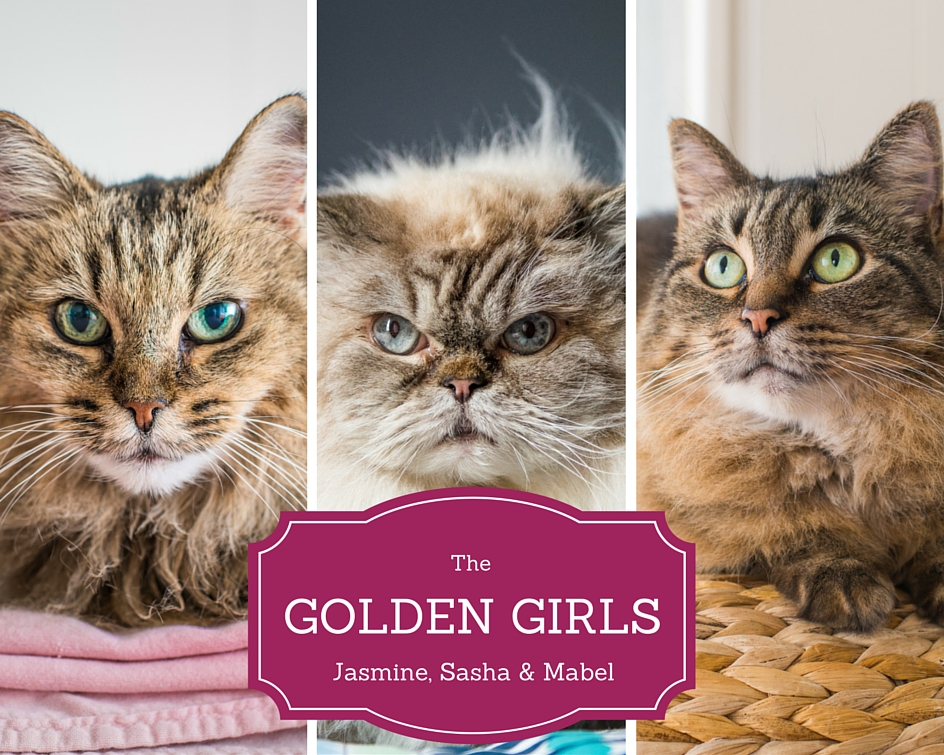 The Golden Girls rule the roost from the comfort of recently cleaned laundry and mom’s bedroom, quietly judging the Babies and the dog. Jasmine was up for adoption at the store for more than 8 months, but was too agressive towards anyone other than our staff to be adopted. Sasha, a Himalayan, was rescued at the last moment from the euthanasia list of a local shelter. And Mabel, another Cat Connection graduate, was adopted from the store after her previous owners left her there. The Golden Girls spend their days living a life of luxury and missing their fourth lady, Mika, who passed away in 2014. 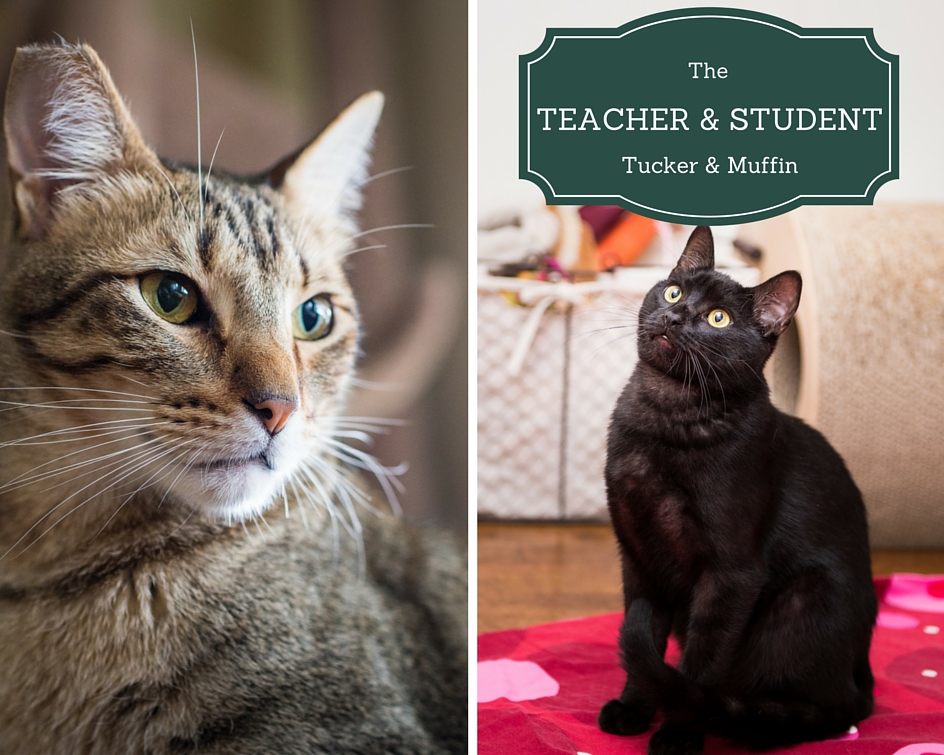 A bromance for the ages. Tucker was the only cat left at our local shelter after Clear the Shelter Day, and the Cat Connection owner couldn’t resist his charm. We’re not sure what his story is – he has a tipped ear and the build of a wild cat – but he certainly has one. A few months later, Muffin was rescued from the same shelter. He was quiet, withdrawn and scared… because he only has 3 and a half legs! Muffin struggled to trust humans, but when he met Tucker, he blossomed. Tucker immediately took the little guy under his wing, teaching him confidence, playing with abandon and how to be a cat. The two are inseparable! 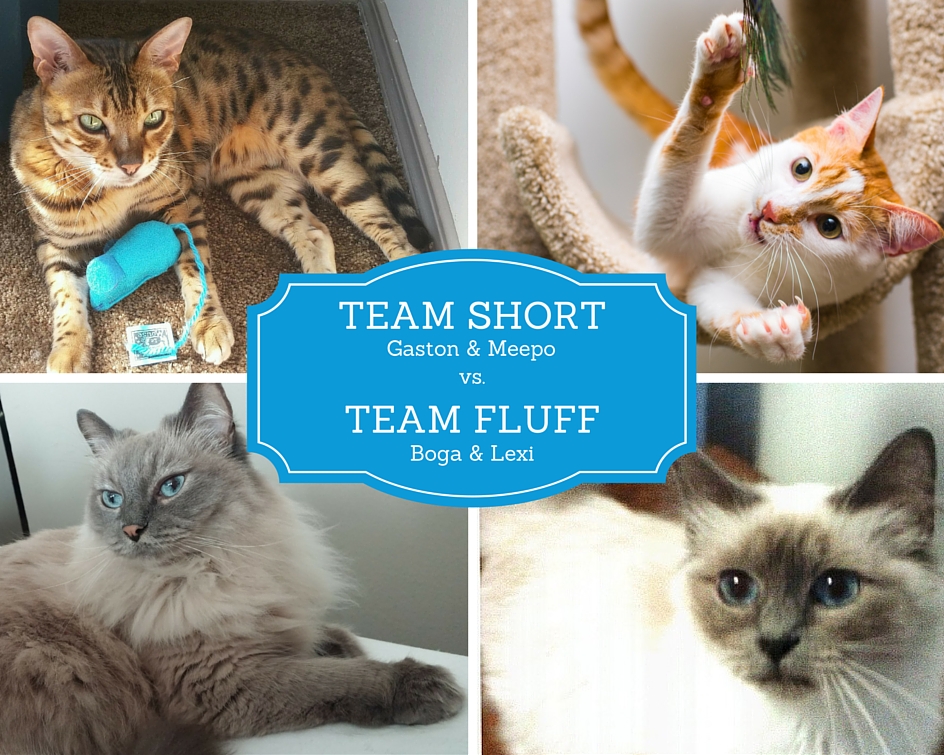 At an employee’s home, the epic feline battle between Team Short and Team Fluff wages on, both sides intent upon controlling the optimal sleeping spots in the house. Representing Team Short: Gaston, a Bengal whose superpower is jumping on top of anything, and Meepo, a Cat Connection graduate who quickly bonded with Gaston to cause all kinds of mischief. Representing Team Fluff: Boga, a wimpy kitty, and Lexi, a Birman, who rules as the boss of the house, as well as the outspoken captain of Team Fluff. 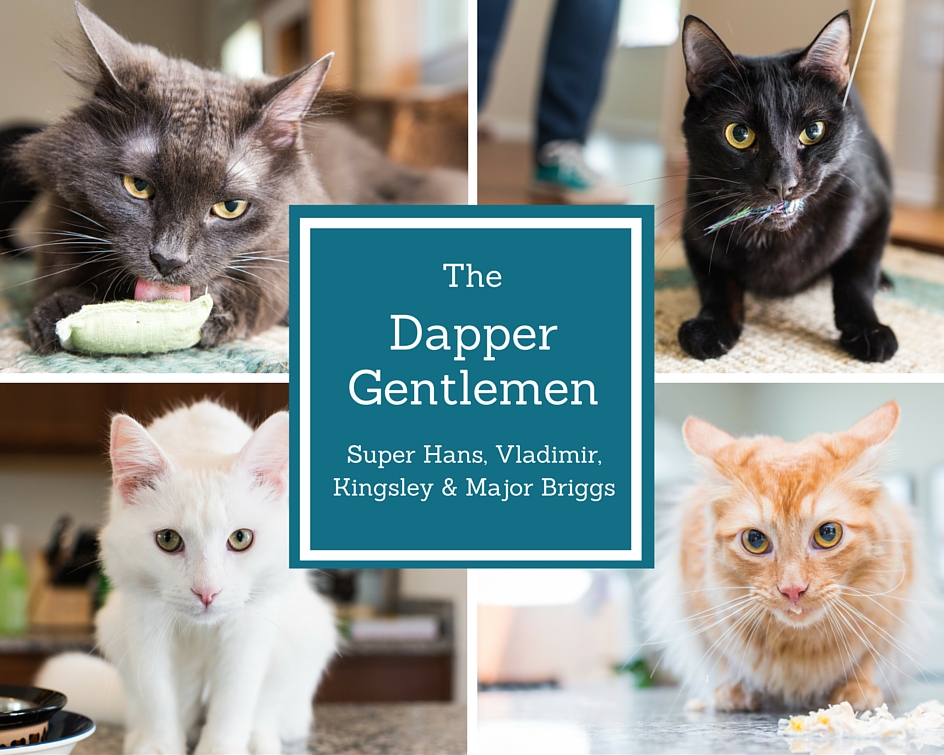 The Dapper Gentlemen are all rescue cats whose hobbies include watching the bird feeder, wrestling in the wee hours of the morning and walking on their humans’ faces. Super Hans (blue fluff) is the oldest and traveled to Dallas via a three-day, miserable road trip. Vladimir (black short hair) is so named because he resembles a bat. Kingsley (white fluff) is the boss and occasionally decides he needs to remind us of this fact. And Major Briggs (red fluff) just wants everyone to get along (and the vacuum to disappear).

*The Shop Cats, The Babies, The Golden Girls, The Teacher & Student, The Dapper Gentlemen and Meepo photos by Andrew Marttila